Selling indy comics at The Rocks Village Bizarre in Sydney 2012 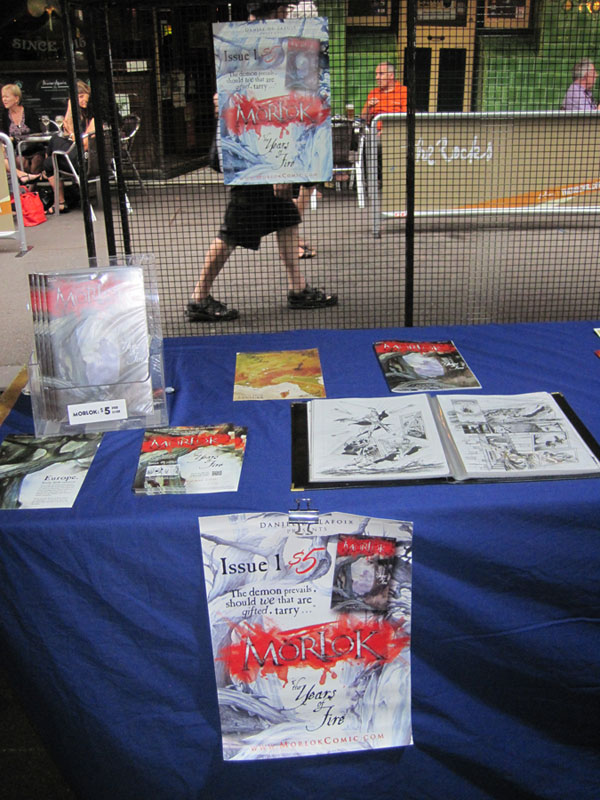 Once again, Mörlok did the rounds with other indy comics artists in conjunction with Supanova, who invited us to table at The Rocks Village Bizarre in Sydney as part of “Go Geeks” night. It was actually a really interesting crowd, and the indy artists managed to draw a fair amount of attention.

Once again I shared the table with buddy Paul Caggegi selling the latest copies of his title, Pandeia.

After a couple of schnitzels and a beer, Paul and I setup shop, and caught up with a bunch of friends – including indy comic artist Naomi Hatchman selling her great sci-fi title “Zeera the Space Pirate”, who we regularly see at expo’s and meet-ups.

Some of the original inked artwork from Mörlok Issue 1 made it to Lola in Wonderland’s Tumblr post including a photographic montage of the event (including Paul in the middle of a pitch for Pandeia).

Though it wasn’t necessarily the greatest in terms of sales, it was at least a good opportunity to catch-up with other artists we know and meet new faces who are always surprised to see indy titles making their way around the Aussie scene. 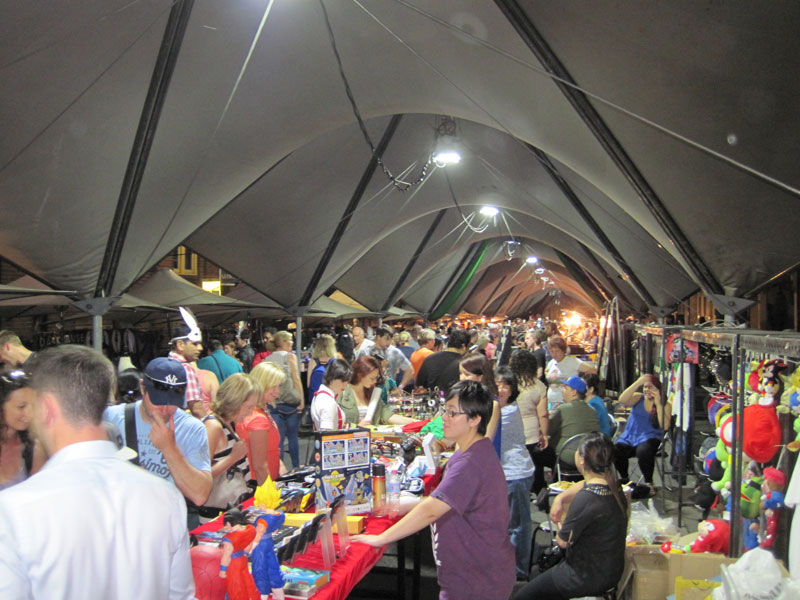 If you came past our stall, get in touch on Google+, or leave a comment here.