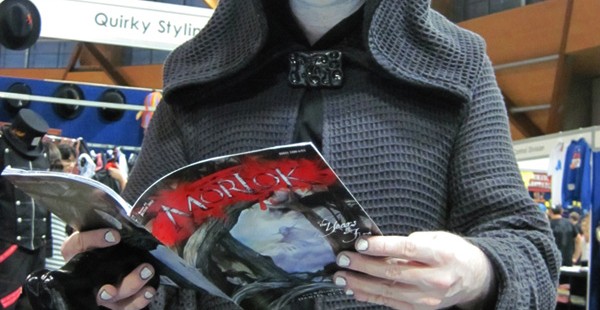 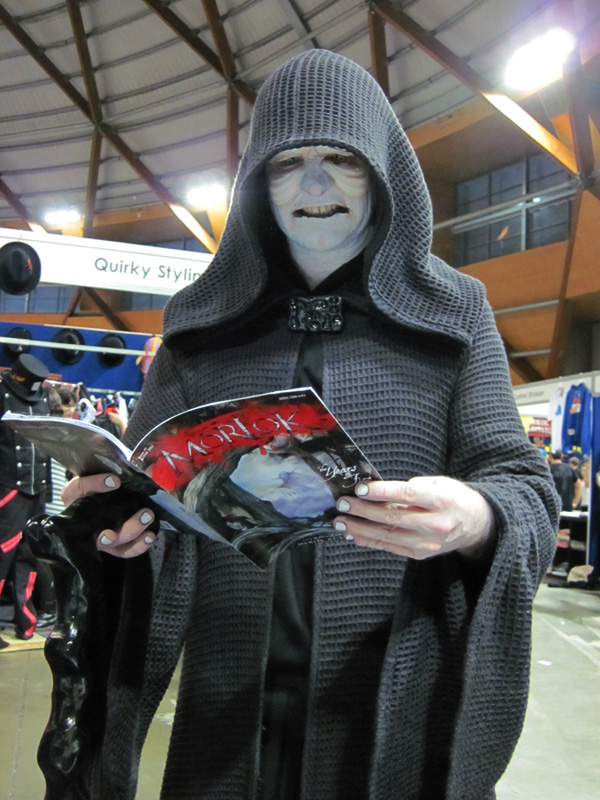 I’ve finally done it. Encouraged by friends and family, I managed to get my first comic book title written, illustrated, printed and ready to sell at Supanova. Sharing the table with buddy Paul Caggegi (who has already been selling his indy sci-fi epic Pandeia at Supanova) was a great way to get my foot in the door to the indy artists scene.

The 2 days at Sydney’s Olympic Park was magic. I’ve been to Supanova in the past, but never tabling. This one had to be one of the biggest crowds I’ve ever seen. It was almost impossible to leave the table to get a drink!

Definitely satisfied with the sales, though I actually sold out both days and wish I’d had some more copies spare cause a number of people showed up wanting a copy after I had none left.

Thanks to everyone who came past the stall and took photos with their issues of Mörlok. I’d like to post a few of them up on here, though I’d rather get in touch with you first.

And – we were even lucky enough to have Emmet O’Cuana from The Momus Report purchase copies of our titles for a review on his popular blog. Check it out here, about halfway down he covers Mörlok and is very gracious, thanks Emmet for the brilliant review. It now appears in all new reprints of Issue #1.

Mörlok impresses with its exhaustive detail, but also ambition. There is nothing else on the stands right now like it – well worth investigating.
— Emmet O’Cuana, The Momus Report

Thanks to everyone on the day who came by Artist’s Alley to support all the independent artists. We’re definitely looking forward to seeing you all again next year at Supanova 2013.

Check out the photo album of production prior to the event, and how the Issue #1 cover was illustrated.

Did you see Mörlok at Supanova 2012? Let me know on Google+, or leave a comment here.