Artwork from Issue 1 of Mörlok: The Years of Fire

Since Mörlok isn’t a web-comic, but a traditional print-only title, I’ve been asked a few times from eager fans to post up photos of the internals and some of the pencils and work in progress.

From time to time I’ll make sure I post up more of the original pencils and inks (and finished products) from each issue of Mörlok.

Mörlok isn’t your average historical horror comic book. It interweaves a fictional thread through a series of similar historical events and alleged supernatural activity in Europe from the 16th to 18th centuries. 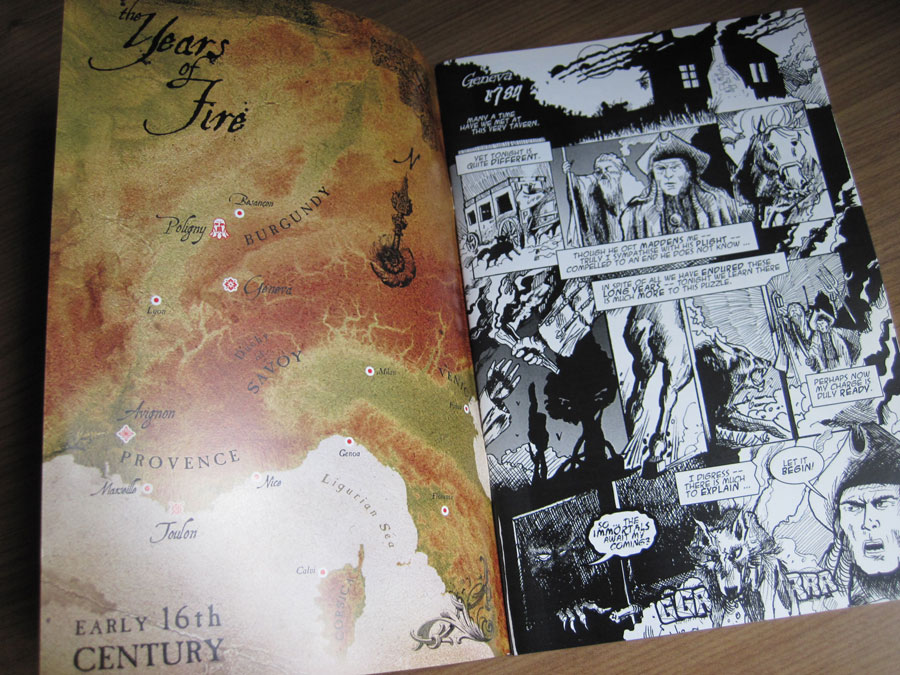 Each issue comes with a map detailing the key areas covered in that particular episode. I’ve been mulling over doing full-colour versions of Mörlok in the future, but so many people have insisted that a historical horror epic is best done in black and white. 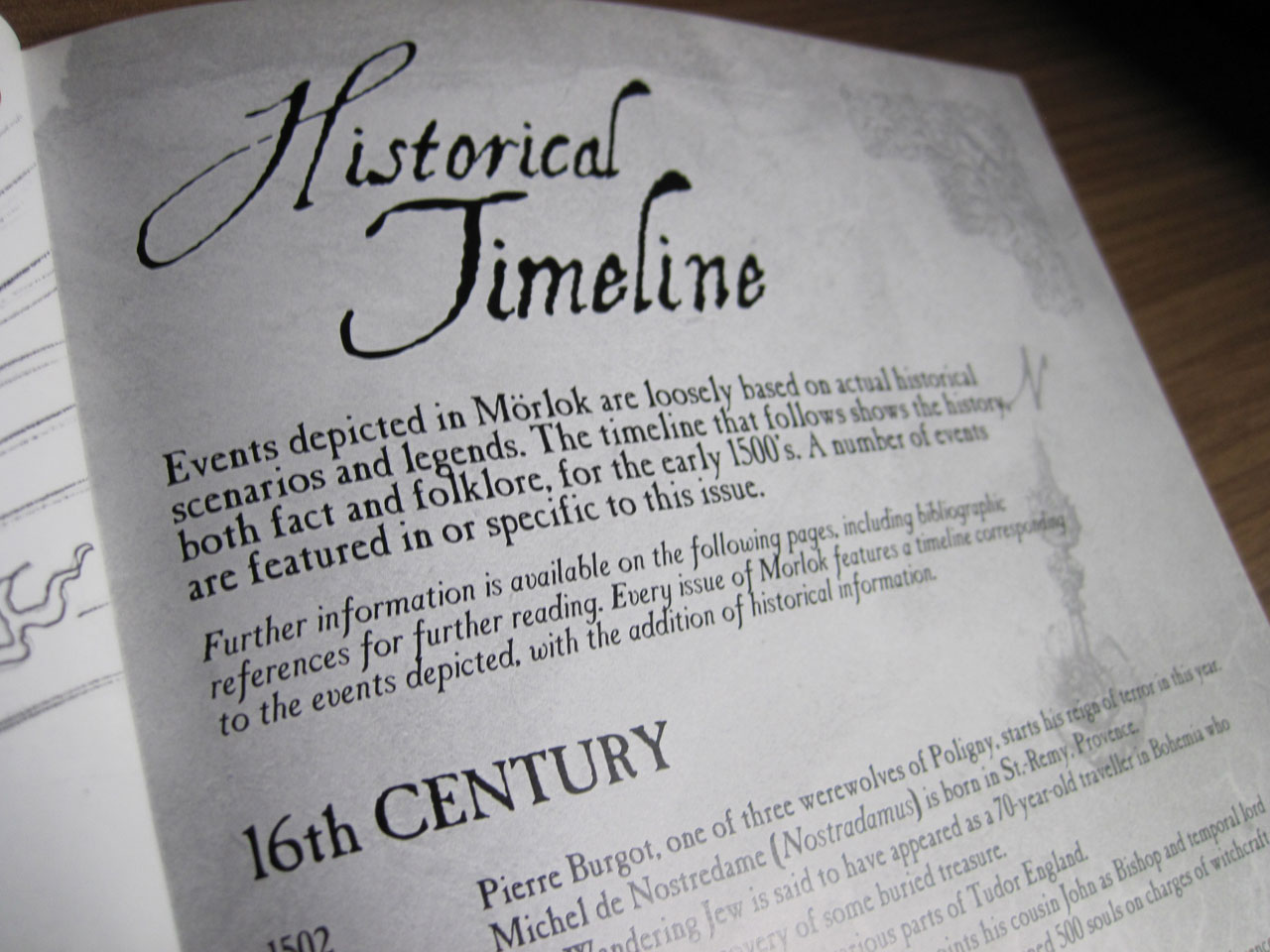 Each issue also features a historical timeline of accurate events to give some context to the events in the issue. Readers can then follow the actual events that inspired the issue and where the line between fact and fiction blurs. Some seriously crazy stuff went down in the early 16th-century, that’s for sure. 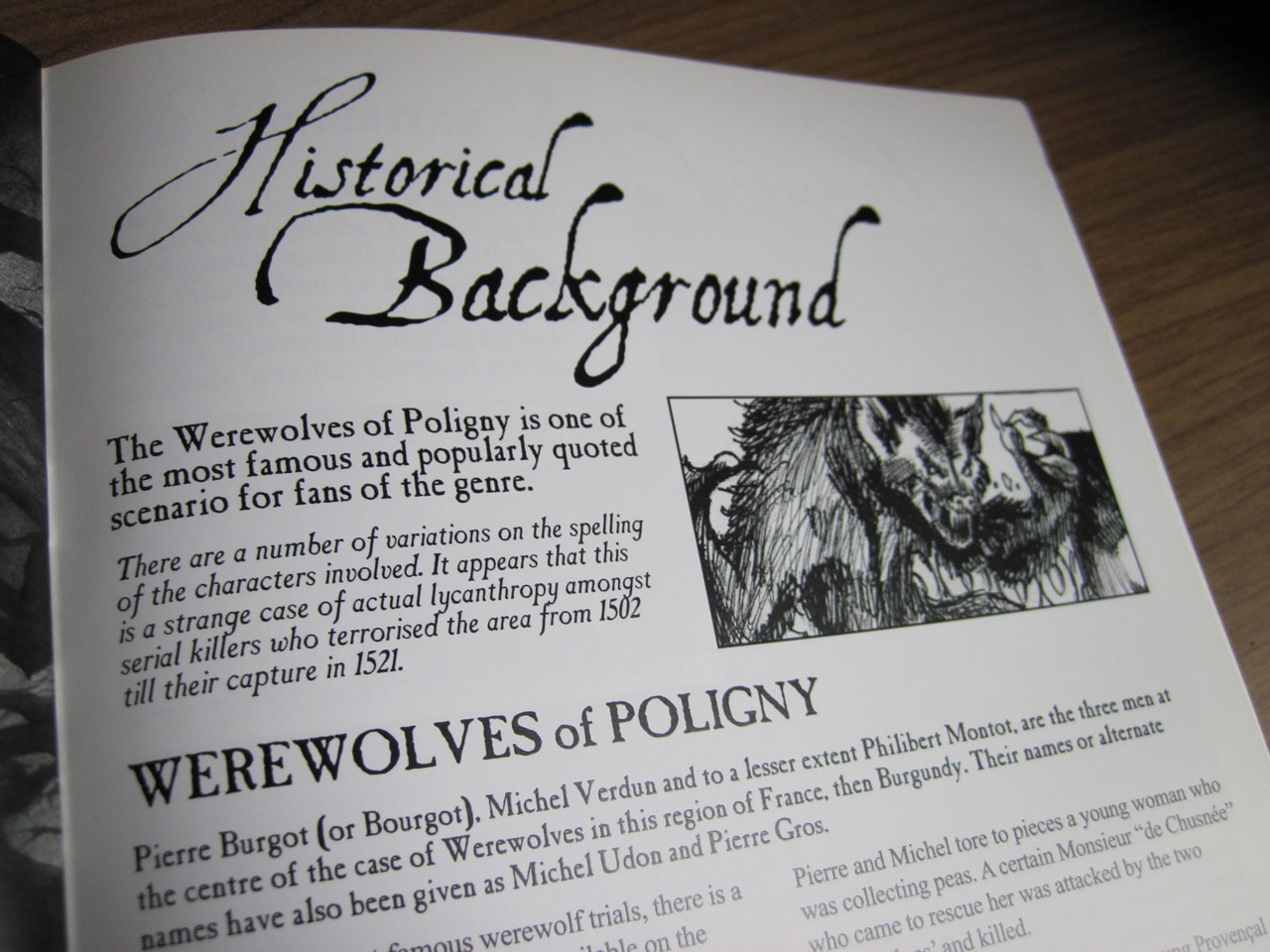 Historical backgrounds too! Yep, each issue covers a series of specific events in history and I weave the fictional story that carries the main characters across Europe, the Count de Saint-Germain and Salathiel the Wandering Jew.

Issue #1 centres on the infamous, and original werewolf trial of 1521 in Poligny, in the Franche-Comté. As well as contemporary Barbary pirate attacks along the coast of Provence. 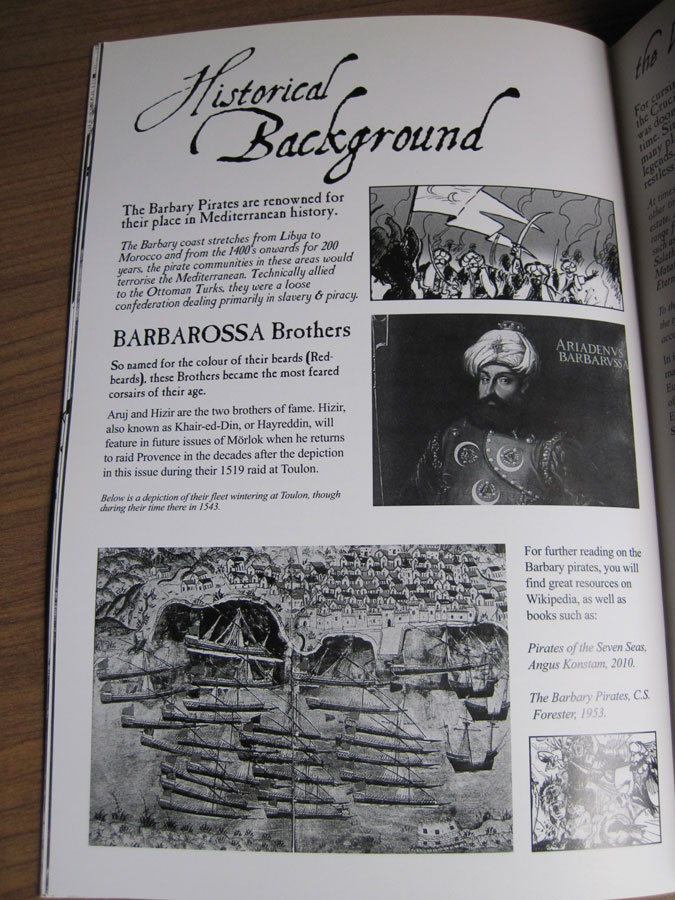 And of course, a sneak-peak at some of the artwork from this issue. More photos to come of the original pencils and inks prior to lettering. 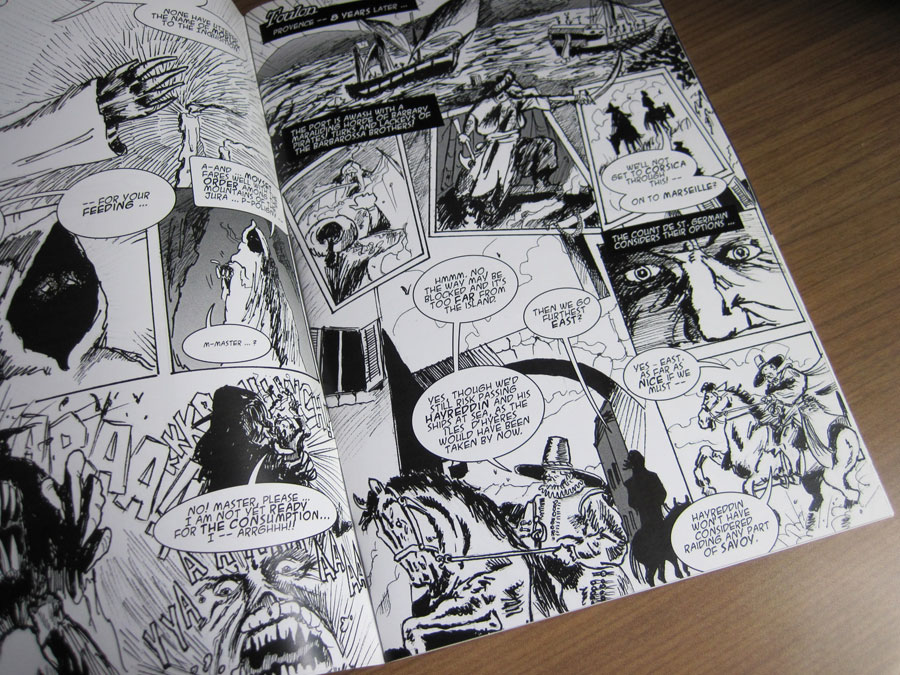 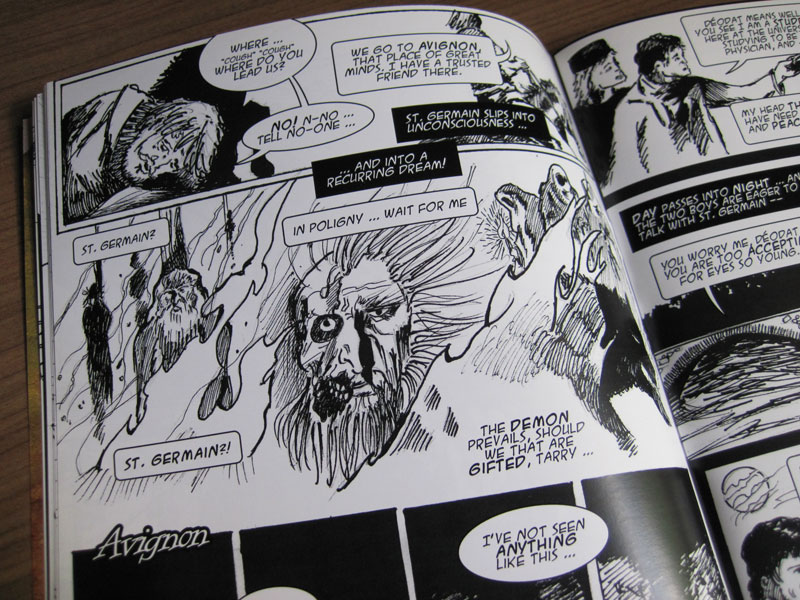 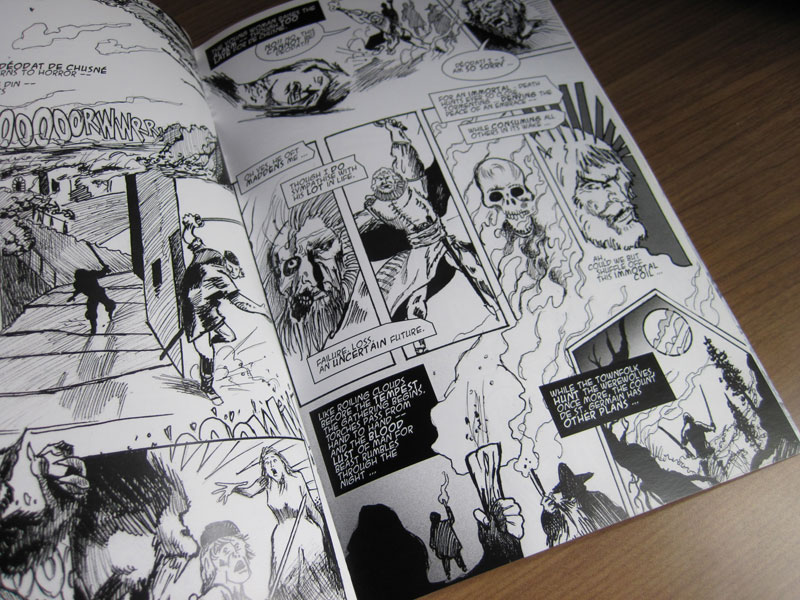 Let me know on Google+, what you think of the issue, or leave a comment here.