Mörlok effectively began as a waking dream some time in 2003. Bear with me …

This would have been between my first and second Uni degree, so I was working on some Etruscan tomb excavations in Italy and travelling through France, before returning home to Sydney and preparing to punish myself with more study.

I’ve actually got the original sketches I quickly did in the morning. Basically a horrific nosferatu / vampire / nondescript-beast, sort of goblinoid in the face but on a bigger, more evil scale.

Since then Mörlok himself has changed only slightly, and if anything the scope of what he’s trying to achieve with ‘conquering the world’ is grander than the original ideas that brought him to life. 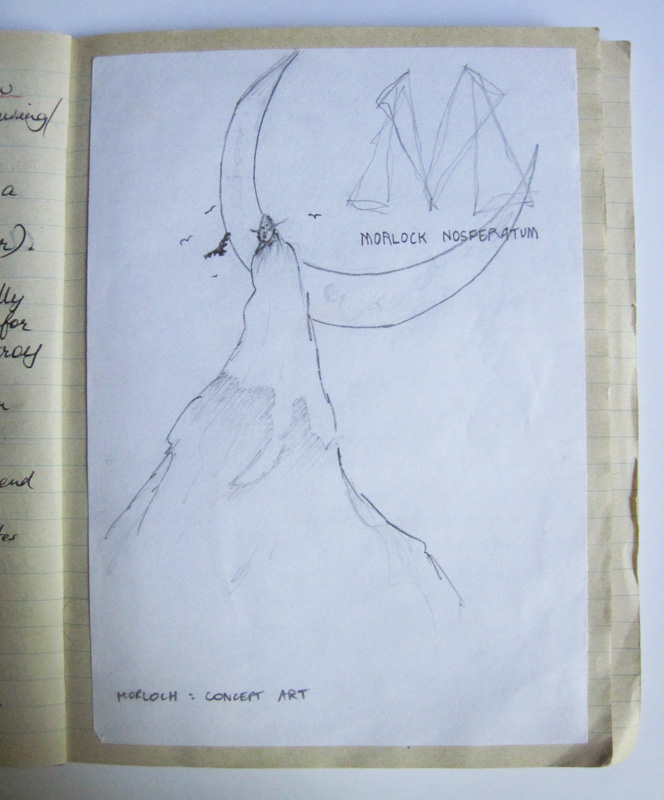 One of the first concept scribbles of Mörlok done hastily. 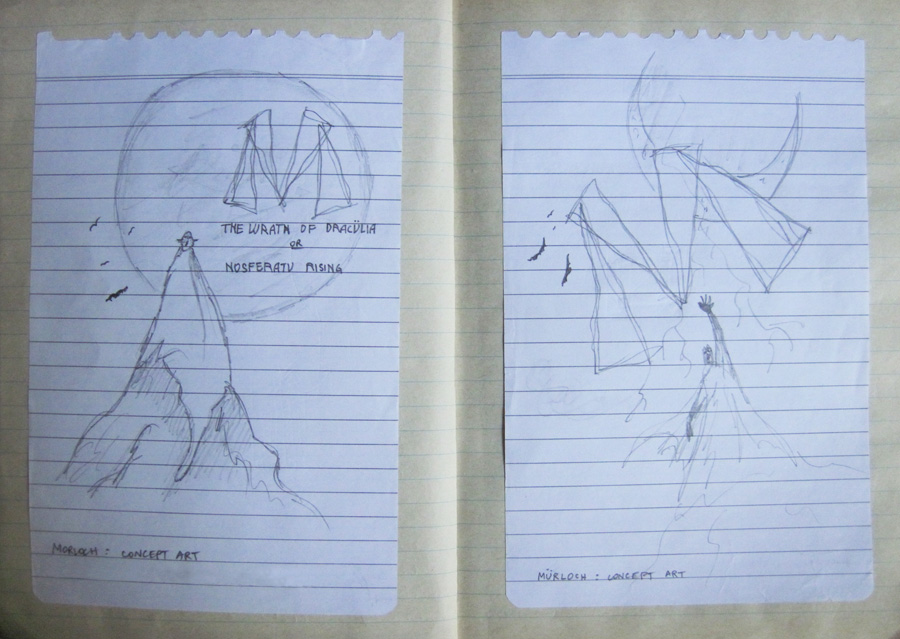 Among the first concept scribbles of Mörlok done quite quickly. 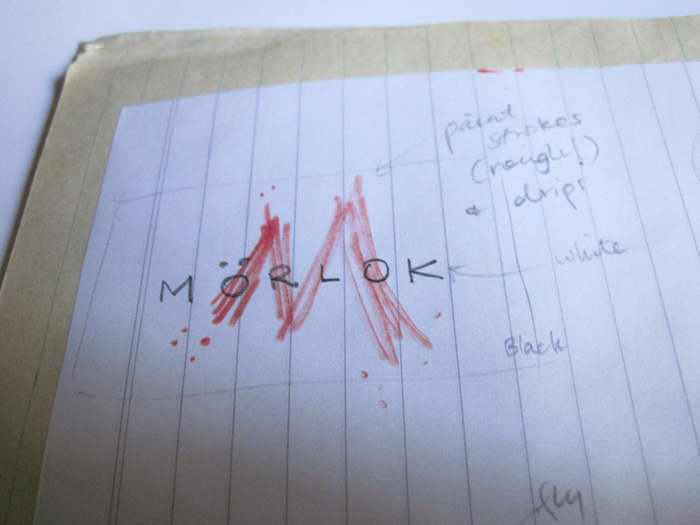 Rough sketches and ideas scribbled to capture the look and feel of the Mörlok titling.

I plan on adding here links to posts that will contain many more concept sketches, artwork and original ideas that were done years ago and more recently.

Some of these would be spoilers for future issues, so I need to sift through the collection before scanning and posting.

Subscribe to the RSS Feed to keep up with the latest posts, and be sure to check out my occasional Mörlok Newsletter for other updates.